North Sails offers a variety of one-design and custom products for boats of all sizes. From our basic 4800 cruising series for the weekend cruiser, to the high-end carbon 3DL for the America’s Cup racers, we have what you need to keep your boat moving.

Your local sales representative, Kerry Poe, has been with North Sails since 1993.  He is a four-time member of the US Sailing Team, and narrowly missed representing the United States in the 470 Class at the 1996 Olympics in Atlanta.  Kerry won the 1991 U.S. Pan-Am Games qualifier and the Pre-Olympics Trials.  He represented the U.S. at the 1991 Pre-Olympic Games in Barcelona and won the 1989 470 Class North American Championship. Kerry has participated in eight World Championships in Laser II, 470, 505 and Melges 24.

Kerry has been able to carry much of his knowledge of sail trim and sail shape, learned from hundreds of hours of two-boat testing in the 470, into big boat classes. He is an accomplished big boat sailor, proven by race results in the Northwest. He has been a winner of the Leukemia Cup, Mark Mayer Regatta, Protection Island Race, Smith Island Race, Whidby Island Race Week and Swiftsure.  His Offshore sailing experience includes racing on the J-46 Riva in the 2010 Pacific Cup, numerous Oregon Offshore and Swiftsure regattas, competing in the Van Isle 360 on the J-122 Anam Cara, and cruising on the west coast. 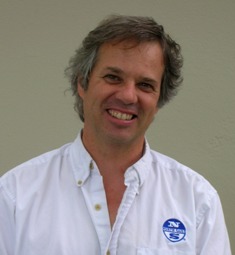